Meet our Healthcare teamMeet our UK team
Back Next Previous Print 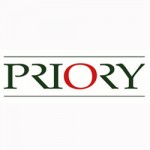 London, 17 February 2016 – Advent International (“Advent”), one of the largest and most experienced global private equity investors, today announced that it has completed the sale of Priory Group (“Priory”) to Acadia Healthcare Company, Inc.

The terms of the transaction have remained as previously stated. In accordance with the terms of the purchase agreement, (i) an aggregate of 4.034 million shares of Acadia common stock have been issued to the sellers, and (ii) Acadia has paid a cash consideration of approximately £1.34 billion (or approximately $1.94 billion).

Joey Jacobs, Chairman and Chief Executive Officer of Acadia, remarked, “We have already taken a major step toward continuing our strong performance in 2016 by completing the acquisition of the Priory Group. Priory brings approximately 7,100 behavioural healthcare beds in 327 facilities to Acadia and generated revenue of approximately $865 million for the twelve months ended September 30, 2015. We welcome the high quality Priory team of more than 13,000 people to Acadia, and we are confident of our prospects for producing further growth as the UK’s leading independent provider of behavioural healthcare.”

Tom Riall, Chief Executive Officer of Priory, added, “I am delighted to confirm that we have today become part of Acadia Healthcare, one of the leading providers of behavioural care in the world. Acadia is an excellent company with a reputation for delivering outstanding services. They have a good understanding of our markets and will provide a strong platform for us to continue our track record of sustainable growth in the future.”

Advent was advised by Rothschild, JP Morgan, Bank of America Merrill Lynch, Barclays, Numis and Freshfields on the transaction.