Vantiv is the one of the leading integrated payment processors in the United States, serving both merchants and financial institutions. The Cincinnati, Ohio-based company processed over 20 billion debit and credit card transactions in 2014, generating $1.4 billion in net revenue. As of December 2014, it served 540,000 merchant locations and 1,400 banks and credit unions and ranked No. 2 in total transactions and No. 1 in PIN debit transactions among US merchant acquirers. 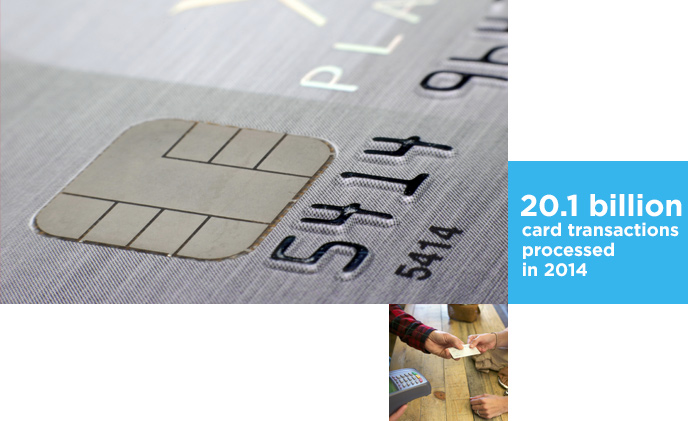 Amid the global financial crisis, Advent International and Fifth Third Bancorp embarked on a $2.35 billion joint venture to transform the bank’s processing solutions division, then called Fifth Third Processing Solutions or FTPS, into an independent entity. Advent purchased 51% of FTPS, with Fifth Third retaining a 49% stake, in June 2009.

While the crisis opened up many interesting opportunities in financial services, we believed the payments sector offered sustained growth prospects—given the continued shift from cash and checks to credit and debit cards—with less downside risk than other pockets of the industry.

Advent and Fifth Third both recognized that creating a new, free-standing business had several important benefits to FTPS: sharper strategic focus, a long-term capital commitment, greater ability to add talent and depth to the management team, and the opportunity to add to the technology platform as it was rebuilt away from Fifth Third’s environment.

From Fifth Third’s perspective, the carve-out offered the chance to unleash the hidden value embedded within the company. Advent and Fifth Third also structured the joint venture to maximize the regulatory capital to Fifth Third and optimize tax efficiencies. As Fifth Third was one of the named banks in the initial Federal Reserve stress test, the venture was important to the company and its shareholders as the banking system struggled with mounting mortgage losses.

Executing this transformation, however, presented significant practical and technical challenges—the biggest of which was creating an IT system specifically designed for the payment processing business. Separating the complex existing IT platform from the bank’s system was like “un-mixing paint,” as one executive at Fifth Third described it, involving more than 200,000 discrete tasks, from changing documentation to installing a new mainframe.

The transition required significant human and financial resources, including an investment of nearly $100 million over two years. But the resulting highly sophisticated IT system—aligned precisely with strategic priorities—enabled FTPS to grow in ways it could not have done using the system that had been designed for the bank’s broader needs.

The separation was completed in mid-2011 when FTPS was rebranded as Vantiv and moved into new headquarters. In March 2012, the company completed an IPO, listing on the New York Stock Exchange at $17 per share.

Beyond the IT separation process and IPO, we supported Vantiv in making six strategic acquisitions during our ownership:

These transactions helped the company build a national sales force, diversify its sales channels, compete more effectively in the SME market and shorten its time to market in the dynamic card-not-present and integrated payments channels.

BUSINESS MORE THAN
DOUBLES IN SIZE

Vantiv CEO Charles Drucker credits Advent with bringing in “sophisticated analytics to help guide decision-making. They looked at our business in a new way and enabled us to unlock value.”

We realized our position in the company over two years through several secondary offerings and block trades. At the time of our final exit, in March 2014, the stock was trading above $31, 85% higher than the IPO price.

Advent Managing Partner Chris Pike said the Vantiv deal offered an example of “what we aspire to do: find well-positioned companies in growing markets, bring focus, resources and a willingness to invest, and then work aggressively with the management team to create value.”