Established as a non-profit mutual company in 1984, Cetip was charged with promoting the safety, integrity and efficiency of Brazil’s securities markets. The company was undergoing demutualization to become a private, for-profit enterprise in 2008, just as the global financial crisis was gathering steam. Its financial institution shareholders—many of which were also customers—first considered testing the IPO market, then explored a partial private sale. But the uncertain environment made it difficult to find investors, and what began as a competitive sale process evolved into an exclusive transaction between Cetip and Advent International.

“After following Cetip for many months, we had gained an understanding of the challenges and opportunities it faced post-demutualization,” recalls Mario Malta, a managing director in Advent’s São Paulo office. “We also had relevant sector experience from prior investments in BondDesk [fixed-income trading] and GFI Group [OTC derivatives], so we were confident in the resiliency of Cetip’s business model and had the conviction to proceed with the investment despite the market upheaval.”

Through a complex outreach process, we asked each of Cetip’s 600-plus shareholders to consider our investment proposal. In May 2009, we acquired 32% of the company, becoming its largest investor. We worked with the other shareholders to implement a new corporate governance structure, which created alignment among all parties and proved critical to the success of the deal. 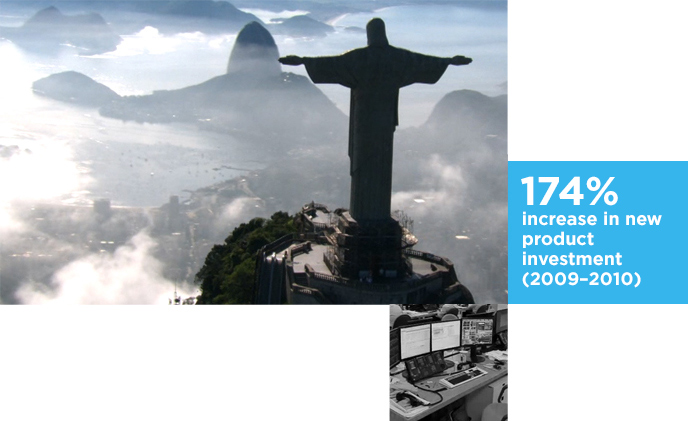 UNLOCKING THE POTENTIAL
OF DEMUTUALIZATION

At the time of our investment, Cetip was already Brazil’s largest depository for private fixed-income securities and the largest clearing house for OTC derivatives. We saw an economy that was underleveraged, suggesting opportunities for organic growth. Moreover, we believed that demutualization could be a game-changer—helping to energize the company and instill a culture of innovation.

To that end, we helped bolster the management team with the addition of a number of senior executives who had significant experience in the relevant financial markets. In the words of then CFO Francisco Gomes, Advent helped “put in place people who were focused on growth and innovation.” To strengthen corporate governance and bring best practices from developed markets, we appointed Robert Slaymaker, former CEO of BondDesk and an Advent operating partner, to the board and created new committees responsible for management, remuneration and pricing.

Together with the expanded management team, we then focused on growth:

Just five months after our investment, in October 2009, we helped Cetip realize its goal of going public. We sold a portion of our shares in the IPO and later completed our exit through a block trade in January 2011 and sale of our remaining 10% stake to Intercontinental Exchange (ICE) in July 2011. During our ownership, Cetip’s net revenue and EBITDA more than tripled to R$557 million and R$376 million, respectively.

Reflecting on the investment, Malta said, “We were pleased to have helped Cetip realize its potential as a market-focused business during a critical time in its development. And we are confident ICE will prove an effective long-term partner to management in the next phase of the company’s growth.”