Oxea is one of the largest global manufacturers of oxo intermediate chemicals and derivatives, with an annual production capacity exceeding 1.3 million tons, sales of €1.5 billion and 1,400 employees worldwide. Based in Oberhausen, Germany, the company produces more than 70 types of chemicals used in paints and coatings, lubricants, flavors, fragrances, safety glass and inks. 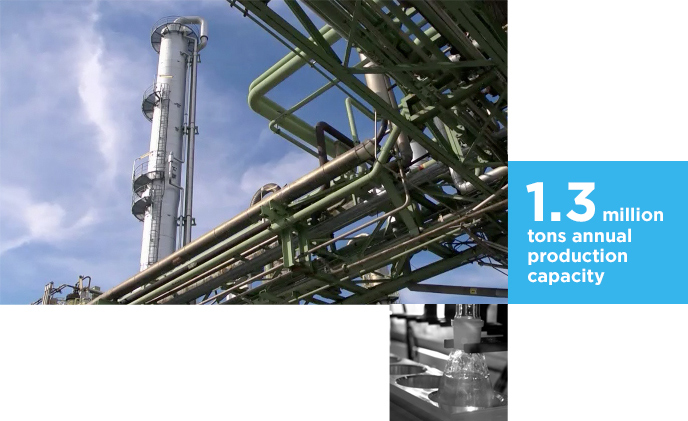 Oxea was established in 2007, when Advent International acquired and consolidated several non-core assets from Celanese and Degussa (now Evonik), including a 50-50 Celanese-Degussa joint venture, that had lacked the capital and focus it needed to grow. “We believed that with sufficient funds and the right attention, this newly combined company could become a powerful industry leader,” recalls Ronald Ayles, the Frankfurt-based head of Advent’s chemicals and materials practice.

Over the next six and a half years, we worked with management and our operating partners to diversify Oxea’s product portfolio, boost capacity, create a cost-conscious, lean structure and expand its presence in both existing and new markets. During this period, revenue nearly doubled from €0.8 billion to €1.5 billion, and EBITDA increased nearly threefold. At the same time, the number of employees increased 8%.

A key part of the strategy was to broaden Oxea’s focus to include not only big-volume intermediates but also specialty chemicals—downstream derivatives that are sold in lower volumes but with higher margins. Oxea invented the oxo synthesis process for producing oxo alcohols, a significant industry development that helped elevate the company to the No. 1 position in the global merchant market.

In addition to pursuing a new strategy, Oxea forged a new shared leadership model and a new culture. The company was led by a three-person executive board: Dr. Martina Flöel headed operations and technology; Miguel Mantas oversaw marketing, sales, procurement and the supply chain; and Bernhard Spetsmann managed finance and IT. Dr. Reinhard Gradl, an Advent operating partner, served as executive chairman.

With Advent’s encouragement, the Oxea management team embraced a change in culture. “We became focused on getting ideas out of drawers and getting them done,” recalled Mantas.

“From the beginning,” said Dr. Flöel, “the partnership with Advent focused on value creation and growing the business in the right way. We literally touched every process in the company to improve efficiency.”

Rigorous analysis, coupled with swift decision-making, also contributed to Oxea’s success. According to Dr. Gradl, the decision to acquire a former Exxon Mobil facility in Amsterdam during the severe downturn in 2008–09 was reached after just a few weeks of intensive discussion on the pros and cons; likewise for the go-ahead to build a new plant in China. Altogether the company invested more than a quarter-billion euros in new and acquired units during Advent’s ownership.

“As soon as the strategy was defined or a project was identified as being attractive, it was implemented without hesitation,” said Dr. Gradl. “It was driven by a sense of urgency and at the same time with a constant view on the economics. And that was exciting. It enabled success.”

FINDING THE RIGHT HOME
FOR OXEA

By 2013, Oxea had been transformed from a collection of non-core assets into a leading global player, and the time had come for Advent to realize its investment in the business. Both our team and Oxea’s management saw the company as an attractive strategic asset for a number of potential buyers and worked to find the best fit. “We thought the business would appeal both to strategic buyers in emerging markets and petrochemical producers interested in adding to their downstream value chain,” said Ayles.

Our emphasis on relationship-building with large industry players enabled us to identify a strategic buyer fully supported by all stakeholders: Oman Oil Company (OOC). We had held talks with OOC for several years and in December 2013 completed the sale of Oxea to the company. In announcing the transaction, OOC said Oxea was a cornerstone of its strategy “to become a vertically integrated leader in downstream chemicals.” Oxea, meanwhile, benefited by gaining additional access to growth markets in Asia and the Middle East.