Meet our Retail, Consumer & Leisure teamMeet our Brazilian team
Back Next Previous Print 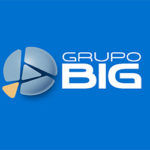 March 24, 2021 – Grupo Carrefour Brasil (“Carrefour Brazil”) has entered into an agreement with Advent International and Walmart for the acquisition of Grupo BIG Brasil SA (“Grupo BIG”), Brazil’s third-biggest food retailer. This acquisition strengthens Carrefour Brazil’s presence in this high growth potential market. It will allow it to offer Brazilian consumers a broader range of products and services at more competitive prices.

The transaction values Grupo BIG at an enterprise value of R$7.0bn1 (c.€1.1bn). This acquisition offers significant synergy potential from year one, rising gradually to represent a net additional contribution to EBITDA of R$1.7bn (c.€260m) on an annual basis three years after the closing of the transaction.

Alexandre Bompard, Chairman and CEO of Carrefour Group, declared: “Our Group is on the offensive: The acquisition of the BIG Group is a major transformation movement for Carrefour Brazil. In this continental country with immense development prospects, we have accentuated our leadership in the food distribution market over the past 3 years, and BIG will further strengthen it with very complementary formats and locations. The transaction fits perfectly into the Carrefour Brazil ecosystem and into the Group’s acquisition strategy, centered on the consolidation of our key markets. The significant synergies generated by this transaction are a lever for creating additional value and a powerful addition to the profitable growth model that we have established across our Group.”

The acquisition of Grupo BIG strengthens Carrefour’s leadership in Brazil. The two groups offer strong geographic complementarity, and the transaction will expand Carrefour Brazil’s presence in regions where it has limited penetration, such as the Northeast and South of the country, and that offer strong growth potential.

The acquisition allows Carrefour Brazil to expand in its traditional formats, notably Cash & Carry (Maxxi banner) and hypermarkets (BIG and BIG Bompreço banners), while extending its footprint in formats in which it has a more limited presence, in particular supermarkets (Bompreço and Nacional banners) and proximity stores (Todo Dia banner). In addition, Carrefour Brazil will operate in a new market segment with the Sam’s Club format, through a license agreement with Walmart. This unique and highly profitable premium business model is based on a membership system, with over 2 million members.

The combination of the two groups will enrich Carrefour Brazil’s ecosystem of products and services, which currently serves over 45 million customers. Grupo BIG’s broad base of customers will become part of the Carrefour Brazil ecosystem and benefit from the complete experience of an omnichannel environment. They will notably have access to an extended e-commerce offering, as well as to Banco Carrefour’s payment and credit solutions, which will be made available in all stores.

The R$1.7bn expected synergies on an annual basis notably include:

The acquisition will be realized 70% in cash and 30% through newly issued Carrefour Brazil shares. Upon completion of the transaction, Carrefour Group will own around 67.7% of Carrefour Brazil (vs 71.6% today), Península Participações 7.2% and Advent International and Walmart, through affiliates, 5.6% combined.

For more than 45 years, Carrefour Brazil has been working and investing so that millions of consumers can have the best product assortment and services in Brazilian retail. Including this transaction, Carrefour Brazil will have invested over R$15bn since 2019, directly contributing to the country’s social and economic development, notably through the creation of thousands of new jobs and new business with local producers.

Carrefour Brazil plans to optimize the store network by converting Maxxi stores to its Atacadão banner. The company also expects that certain BIG and BIG Bompreço stores will be converted to the Atacadão or Sam’s Club banners, with the remaining stores converted to the Carrefour hypermarket banner. Customers will thus be able to benefit from Atacadão and Carrefour’s offer, as well as from the Group’s commitment to make accessible to all quality and healthy food. The acquisition will also allow the company to offer the best prices to Brazilian families, small grocery stores and restaurants.

The transaction remains subject to the authorization of the Brazilian antitrust authority (CADE), to the approval of Carrefour Brazil’s shareholders, as well as other customary closing conditions. The completion of the transaction is expected in 2022.

¹ Before capitalized leases (IFRS 16) that amount to $R2.2bn

Grupo BIG owns the real estate for 181 of its stores (47% of its total network) and 38 additional sites, which represent a total real estate value of approximately R$7bn, according to an independent appraisal.

This payment is associated with a price complement based on Carrefour Brazil’s share performance (Carrefour Brazil share appreciation in R$ between signing and 6 months post-closing multiplied by a factor of 20 million, as per the agreement).

The terms of the transaction include an upfront payment of R$900m to the sellers by Carrefour Brazil, to be paid shortly after signing. Such payment shall be deducted from the total transaction amount upon closing.

These forward-looking statements are based on Carrefour management’s current views and assumptions. Such statements are not guarantees of future performance of the Group. Actual results or performances may differ materially from those in such forward-looking statements as a result of a number of risks and uncertainties, including but not limited to the risks described in the documents filed by Carrefour Brazil with the CVM (Brazilian Securities Commission) in particular its Reference Form or by the Carrefour Group with the Autorité des Marchés Financiers as part of the regulated information disclosure requirements and available on Carrefour’s website (www.carrefour.com), and in particular its Universal Registration Document.