The combined group will have revenue of US$250 million, with operating companies in 10 countries throughout Latin America and a strong combination of world-class licensed products and proprietary specialty branded generic products. The company will operate under the Biotoscana, United Medical and LKM brands.

GBT is controlled by global private equity firm Advent International, with other significant shareholders including Essex Woodlands and a number of private investors. The company operates in some of the fastest-growing geographies in the world, such as Brazil, Colombia, Peru, Chile and Argentina, and focuses on rapidly-growing market segments, such as oncology, infectious diseases, hematology, genetic disorders, HIV and rare diseases.

LKM, which was also controlled by Advent International, has a 30-year track record of innovation and excellence in the specialty segments. The company has operations in Argentina, Uruguay, Peru, Chile, Bolivia, Ecuador and Paraguay. It has a premier position in the oncology market in Latin America, with a state-of-the-art drug development pipeline and high-end branded generics portfolio. LKM’s expertise in oncology and HIV will complement GBT’s current specialty portfolio.

“Today’s announcement is very exciting for us as GBT consolidates its position as the first truly Latin American advanced medicines company,” said Mariano Garcia-Valiño, Chief Executive Officer of the group. “The acquisition will enhance GBT’s product portfolio, broaden our geographic reach and add in-house R&D and manufacturing capabilities. Additionally, LKM will strengthen our product renewal pipeline and add to our strong management team.”

“The combination with GBT will help LKM reach critical mass in a number of key countries where the companies’ operations overlap such as Argentina, Chile and Peru,” said Patricio Rabinovich, Chief Executive Officer of LKM. “We will also have the opportunity to introduce GBT and LKM products to each other’s markets and customers.”

The specialty medicines market is the fastest-growing segment of the global pharmaceutical sector and is projected to account for 40%–50% of the market by 2018, according to IMS Health. IMS Health and Deloitte expect the Latin American pharmaceutical market to grow at a compound annual rate of 12% between 2013 and 2017, the highest growth rate of any region in the world due largely to increasing access to healthcare throughout Latin America. GBT will seek to capitalize on this significant opportunity by further expanding its regional footprint, diversifying its product portfolio through in-licensing and proprietary R&D and pursuing additional mergers and acquisitions. Mariano García-Valiño is scheduled to present at the 34th Annual J.P. Morgan Healthcare Conference in San Francisco on January 13, 2016 at 4:00 p.m. PST. 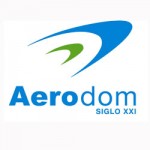 MEXICO CITY, December 14, 2015 – Advent International, one of the largest and most experienced global private equity investors, today announced that it has agreed to sell Aeropuertos Dominicanos Siglo XXI (“Aerodom”), the leading airport group in the Dominican Republic, to Vinci Airports, the airport operating subsidiary of Vinci SA (EPA: DG). Terms of the transaction, which is expected to be completed in the first quarter of 2016, were not disclosed.

“We are proud of what we have achieved at Aerodom in partnership with the company’s management team,” said Luis Solórzano, a Managing Director in Advent’s Mexico City office. “Together, we have improved operations and expanded both the commercial and aeronautical sides of the business, resulting in significant revenue and productivity growth. We believe Vinci Airports is the ideal partner for Aerodom as it enters the next stage of its development and wish the company continued success well into the future.”

“The acquisition of Aerodom by of one of the world’s leading airport operators underscores the importance of our company in the Dominican Republic and will allow us to operate at the highest international standards,” said Mónika Infante, CEO of Aerodom. “We thank Advent for its continued support over the past seven years in developing Aerodom into a world-class airport operator.”

Aerodom operates and manages six airports in the Dominican Republic, the most visited tourist destination in the Caribbean with more than 5.1 million tourist arrivals in 2014. Its international airports include Las Américas–José Francisco Peña Gómez in Santo Domingo, the second-largest airport by passenger traffic in the Dominican Republic, Presidente Dr. Joaquín Balaguer in Santo Domingo Norte, Gregorio Luperón in Puerto Plata, María Montez in Barahona and Presidente Juan Bosch in Samaná. Aerodom also operates the Arroyo Barril domestic airport in Samaná. In total, the airport system served 4.3 million passengers in 2014, representing a 4.4% growth in traffic over the prior year.

Advent acquired Aerodom in September 2008 and has since worked with management to improve and grow the business significantly. Among the initiatives, the company formed a new route-development group to increase traffic to its airports and launched an energy cost reduction program, which lowered energy consumption by approximately 20%. Aerodom also repaved and expanded the runway of Las Américas airport, remodeled the Las Américas and Gregorio Luperón terminals and built 17 new hangars. In 2014, Las Américas received the prestigious ACI Airport Service Quality award for “Best Improvement” by an airport in Latin America and the Caribbean.

Advent’s Airport and Infrastructure Experience
The airport and infrastructure sector is a key area of focus for Advent in Latin America. The firm has been investing in the sector for 19 years and has backed 16 companies spanning a range of sub-sectors including airport and port concessions, travel retail, and food and beverage. In addition to Aerodom, investments in airport and port concessions have included Aeroplazas, the commercial developer of the Puerto Vallarta and Guadalajara airports in Mexico; AMAIT, the operator of Toluca International Airport in Mexico; Fumisa, the former operator of certain commercial areas at Mexico City International Airport; and TCP, Brazil’s second-largest container terminal. Advent’s travel retail investments have included Dufry, Brasif, Hudson News and Aeroboutiques. Its food and beverage investments have included Aerocomidas, Elior and International Meal Company, which merged four separate Advent portfolio companies.

Advent in Latin America
Advent is one of the leading private equity investors in Latin America, having raised more than $6 billion for investment in the region from institutional investors globally. Since 1996, the firm has invested in over 50 Latin American companies and fully realized its positions in 33 of those businesses. With 40 investment professionals working from offices in Mexico City, Bogotá and São Paulo, Advent has the largest dedicated private equity team in the region.