Meet our Retail, Consumer & Leisure teamMeet our German team
Back Next Previous Print 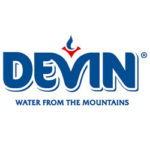 LONDON, 19 December 2016 – Advent International, one of the largest and most experienced global private equity investors, today announced that it has agreed to sell its 93.29% interest in Devin AD (“Devin” or “the Company”), the leading producer and distributor of bottled water in Bulgaria, to Spadel, a European family-owned company specialising in the production of natural mineral water, spring water and natural fruit drinks. The transaction values Devin at €120 million Enterprise Value and is subject to the approval of the Bulgarian Commission for Protection of Competition.

Founded in 1992 and based in Sofia, Devin bottles and sells a wide range of products including mineral water, spring water and table water. Together with its national network of distribution partners, the company delivers its products to more than 35,000 retail outlets across Bulgaria.

Since acquiring Devin through a public-to-private transaction in November 2009, Advent has worked with the company’s management team to strengthen the business and accelerate growth. Over the past seven years, Devin has completed significant operational improvements and launched a variety of innovative new products. With the combined effect of these initiatives, sales have increased over 30% and EBITDA has more than doubled during Advent’s holding period.

“We are proud of what Devin’s management team and employees have achieved during our ownership,” said Chris Mruck, a Managing Partner at Advent International. “By enhancing its operations and expanding its product offering, Devin has solidified its leadership position in the Bulgarian bottled water market.”

Thomas Krennbauer, CEO of Devin, commented, “We appreciate Advent’s support over the years in developing Devin’s business and driving revenue and earnings growth. We believe our company is an excellent strategic fit with Spadel, and we look forward to becoming part of their growing European network.”

Milan Kulich, a Director at Advent International, said, “With its state-of-the-art production facilities and highly efficient distribution network, Devin is well-positioned for further growth as part of Spadel, a proven operator in the beverage sector. We wish the company continued success in the future.”